Here is a montage of some great photos from the Sunflower League, along with my own editorial captions. 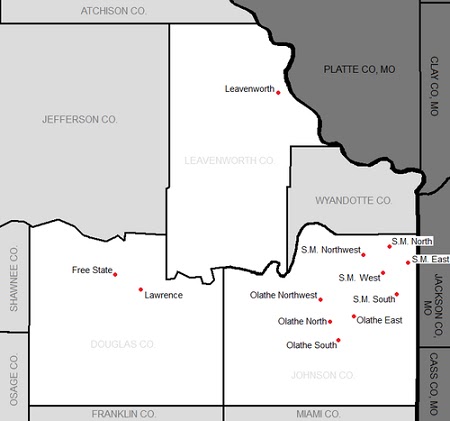 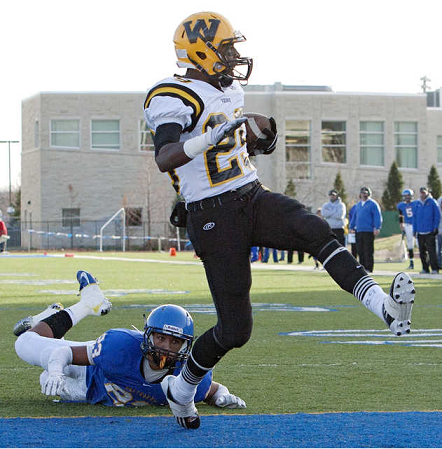 On November 24th, 2012, with his team trailing 14-13 in the fourth quarter of the 6A state championship game against Hutchinson, junior Andre Maloney scored a touchdown on a 19-yard keeper (above) to give SM West the lead -- a lead they would ride to the school's first state title in 27 years. Maloney earned All-State and All-Simone honors following his stellar junior campaign. He committed to play football at the University of Kansas over a handful of other FBS offers the next summer. Four weeks into his senior season, Maloney was leading the Sunflower League in all-purpose yards and was on track to nearly double his production from his junior season.

On October 3rd, 2013, with his team trailing 10-7 in the first quarter of a week five matchup with Leavenworth, Maloney ran a long post route -- his signature move. He caught a deep pass in stride and went untouched 63 yards for a touchdown. It was the last play of his life. When he reached the sidelines he became disorientated and medical personnel rushed to his aid. Within minutes he was on an ambulance to Overland Park Regional Hospital. Maloney had suffered a stroke, stemming from a blood clot in his head.  He was transferred to Research Medical Center, where he underwent hours of surgery through the night. Attempts to remove the blood clot were unsuccessful, and Maloney passed away the following evening, on October 4th.

Maloney was an outstanding football player -- one of the best to ever grace the Sunflower League -- and an even more impressive individual off the field. His death rocked the league and region, and made national news. On October 4, 2013, we all lost.

On Twitter, Maloney's handle was Andre_D1MiB. The MiB stood for "Make it Big," an acronym that's gone on to inspire thousands. To honor Maloney, the Sunflower League Football Blog named its annual Most Valuable Player Award the "Andre Maloney Award." Maloney's life was cut short, but based on the legacy he left behind he had already made it big. 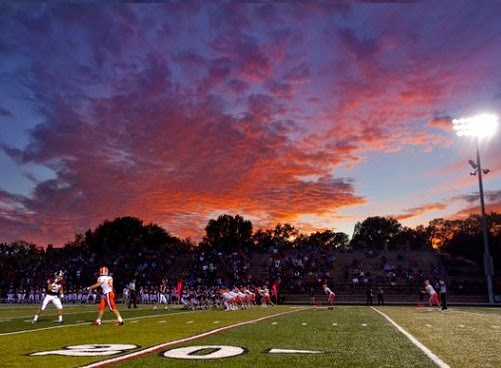 A twilight tableau formed above Lawrence High Stadium, as LHS and Olathe East battled it out on the field. LHS came away victorious, 28-20. 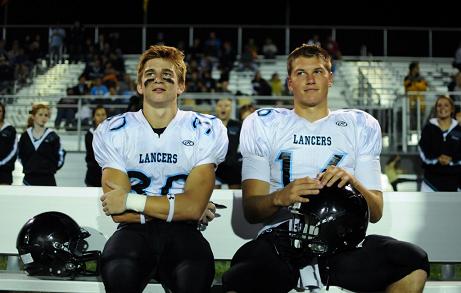 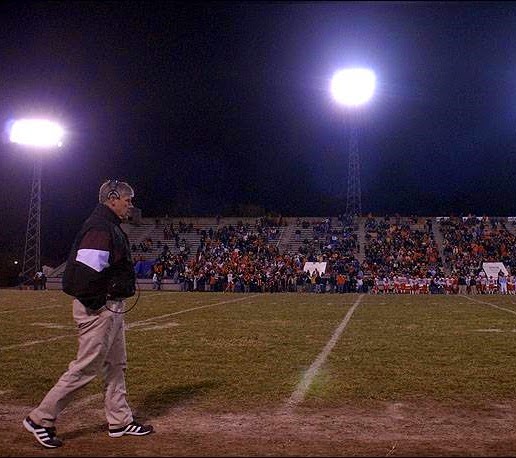 Lawrence High head coach Dirk Wedd strolls the sidelines of old Haskell Stadium, prior to the second half kickoff of the 2005 Sub-State game between his Chesty Lions and Olathe East. Lawrence led 18-15 at the half, but Olathe East won the game, 22-18. Haskell Stadium continued to serve as  the home field for Lawrence and Free State up until 2009, when both schools opened new, on-campus stadiums. The November 7, 2008 playoff game between Free State and SM Northwest was the final Sunflower League game played at Haskell Stadium. 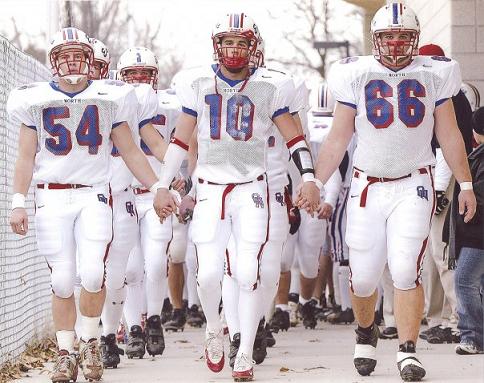 Olathe North's senior captains (from left), Dan Wise, Dustin Moomau and Travis Greer led Olathe North onto the field one last time in the 5A state title game against Salina South. Olathe North fell, 21-14, killing their attempt at a fifth state title in a row. 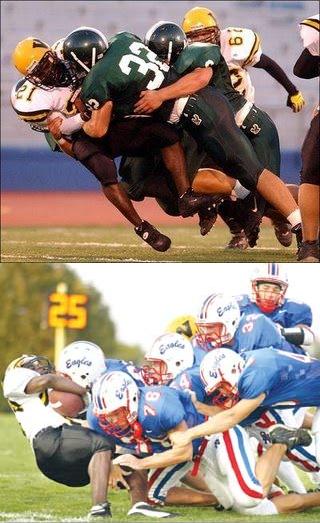 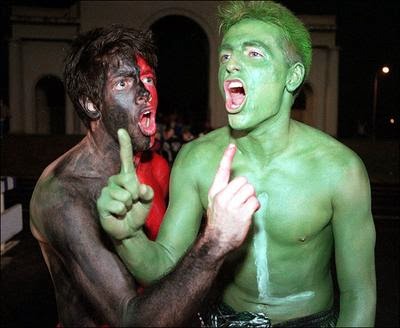 In 1997 the city of Lawrence opened up a second high school, Free State, which effectively split the city down the middle at the 15th Street/Bob Billings Parkway line. Students to the north of the boundary went to Free State, and students to the south went to Lawrence High. The Split, as it became known, was highly controversial. By the mid 1990s, Lawrence High was easily the largest high school in the state of Kansas. The school's facilities could barely house the student population which was approaching 3,000. Many believe the Split was delayed over a decade due to the dominance of the LHS football program, which won 10 state titles between 1984 and 1995. The photo above was taken in 1997, at the inaugural city showdown between Lawrence and Free State. To this day the rivalry remains the best in the Sunflower League. 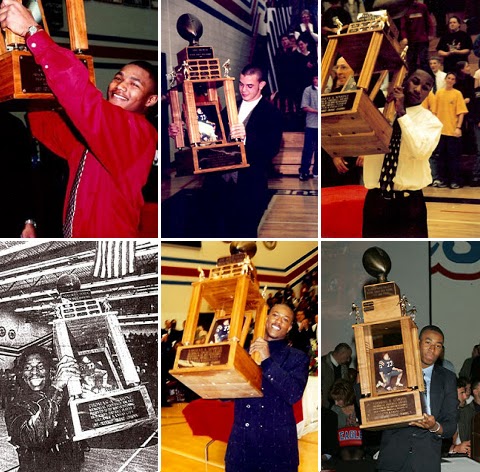