Season Draws to a Close

Lawrence Free State who represented 6A East in the state championship came up short against Junction City for the title. Throughout the game neither of the Firebirds speed demons (Camren Torneden and Chucky Hunter) weren't able to break loose for many big gains. The Junction City Blue Jays completed timely passes down the stretch to come away with the victory 19-14. Junction City finished as the Kansas Class 6A Champion, going a perfect 13-0. The Firebirds from Lawrence Free State finished their season 9-4.

At the 5A level, the Salthawks from Hutchinson won their fifth consecutive state championship defeating St. Thomas Aquinas 38-0. At the 2A-1A level, the Smith Center Redmen beat Olpe 48-13 to claim their fifth consecutive state championship as well. With the victory Smith Center won its 67th straight game, breaking the previous Kansas record of 66 straight wins accomplished by Pittsburg-Colgan from 2000 through 2004.

SM West had a nice showing in this years All-Sunflower League Selections, controlling six of the 23 first team positions, and four of the 23 second teams positions. The teams were as follows: 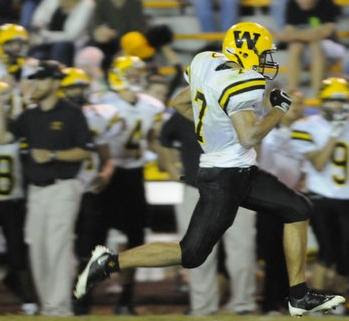 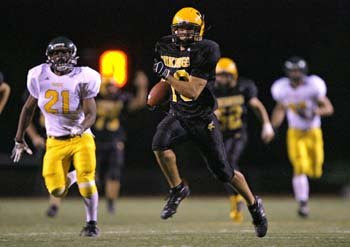 SM West, Olathe North, and Olathe East all had six first teams position selections, combining to take 18 of the 23 first team positions. SM West's Justin Scott also accomplished quite a feat by making the first team at three difference positions (LB, K, P). That is the first time I have seen a player do that in the Sunflower League.
Posted by Eli Underwood at 10:33 AM