Saturday's 6A state title game between Olathe North (12-0) and Wichita Heights (8-4) will be a clash of old and new. Olathe North, a traditional Kansas powerhouse, will be making its ninth state championship appearance (eight in class 6A, one in 5A). Wichita Heights on the other hand will be making its first ever championship game appearance. Wichita Heights is the first team from the Wichita City League to make the 6A title game since Wichita West lost to Olathe North in 1997. The last time a City League team won the 6A title was in 1983.
Olathe North
Location: Olathe, Kansas
School Enrollment: 1,467
League: Sunflower League
State Championship Appearances (inlcuding this season): 9
State Championships: 1996, '97, '98, '00, '01, '02, '03
Notable Football Alumni: Darren Sproles, Arland Bruce, Maurice Mack 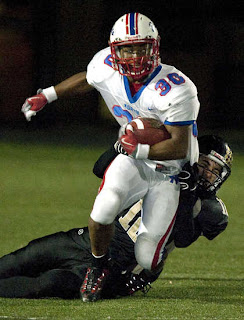 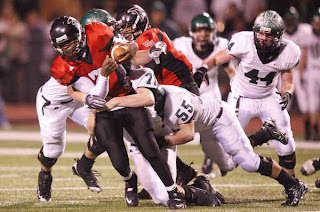