**Olathe East senior Rick Settle (left) was named the KC Star's 2009 Male Scholar-Athlete of the Year today. Settle started at the quarterback and safety positions for Olathe East the past two seasons, in addition to being a three year varsity starter for the baseball team. In the classroom, Settle compiled a 4.75 GPA and ranked #1 in his graduating class at Olathe East. As Olathe East's starting quarterback, Settle compiled an 18-3 record. Former Sunflower Conference football standouts who have won the award include Olathe South's Justin Dyer in 2002, and Olathe North's Brandon Weir in 1997. 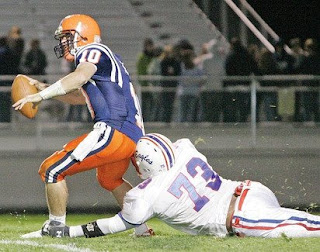 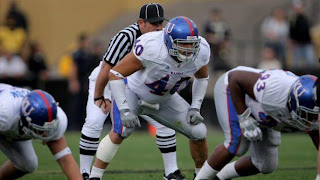 Posted by Eli Underwood at 6:29 PM