Top 5 Players Ratings
Player Rating are subject to change on a week-to-week basis
1. James Franklin, running back, Olathe North: After breaking a school record by rushing for 340 yards last Friday, its hard to argue against Franklin. He has quite simply been the most dominant player in the Sunflower League thus far. Franklin has rushed for 628 yards and nine touchdowns on the season, and at this point in time is likely a frontrunner for the presitgious Simone Award.
2. DJ Balazs, quarterback, SM West: Balazs has played like the most calm and collected quarterback in the league in his first three games. Although his stats haven't been eye-popping, his team's 3-0 record speaks for itself. Balazs' three touchdowns in his last game are also a sign that his numbers will likely be picking up.
3. Camren Torneden, quarterback, Lawrence Free State: Torneden is making a strong push at climbing higher on this list. His last game was just about perfect--nine of 10 passing for 163 yards and a touchdown, in addition to 75 yards rushing and a touchdown. When Torneden is on top of his game he is nearly impossible to contain.
4. Tre Walker, linebacker, Olathe North: Walker has been a focal point on an Olathe North defense that has surrendered a mere 31 points on the season. His presence from the linebacker position has made opposing offenses crumble in the first three weeks of the season.
5. Matt Nowak, quarterback, SM Northwest: Nowak (below) got back on track with a great game against Lawrence. He completed eight of 11 passes for 168 yards, and he rushed for 107 yards and a touchdown. Numbers like that will guarantee W's for the Cougars.
Honorable Mention: Lucas Vincent, Olathe North; Tanner Dutton, Olathe South; Brandon Willingham, Olathe East; Hayden Groves, Olathe East 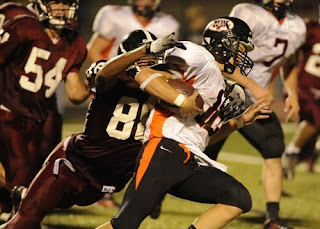 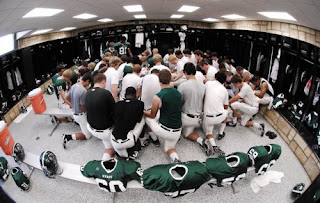