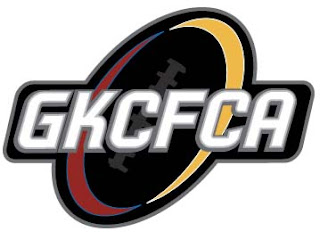 **The Missouri All-Stars got the better of those from Kansas in what turned out to be a defensive slugfest Thursday night at Blue Springs South High School. The Missouri squad won the game, 10-7, with the help of a few timely turnovers.

The Kansas team fumbled the ball away in the first quarter on a promising drive, to which the Missouri squad responded with a few big plays, before Missouri All-State Dalton Krysa scored on a one yard touchdown run. The score put the Missouri squad up 7-0.
Late in the third quarter the Missouri squad generated a 21 yard field goal from Matt Slenker to push the score to 10-0. The Kansas squad was never able to overcome that lead, despite adding a touchdown on a 76 yard Jeremy Walker run late in the fourth quarter to draw the game to what would be the final score, 10-7.
With the victory, the Missouri notched their seventh victory in the series. Kansas still leads 10-7 all time in the game.
**The Dave Bassore Man of the Year Award, honoring the late Olathe North head football coach, was awarded to Kevin Kopecky of St. Thomas Aquinas from Kansas, and Dan Stanley from Wesport High in Missouri.
Posted by Eli Underwood at 9:04 AM