Top Five Player Ratings
Player Ratings are subject to change on a week-to-week basis
1. James Franklin, running back, Olathe North: Franklin's 241 rushing yards and three touchdowns on 29 carries pushed his season rushing total to 1,600 yards. He has now scored 21 touchdowns for the Eagles.
2. DJ Balazs, quarterback, SM West: Balazs (below) looked nearly flawless in passing for 106 yards Friday night, but it was his 69 yard touchdown run out of the shotgun formation that really raised some eyebrows. Balazs is now one win short of recording his 20th career victory as a starter. 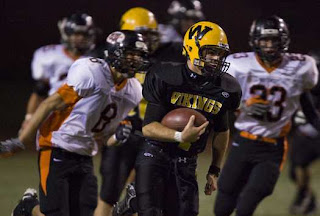 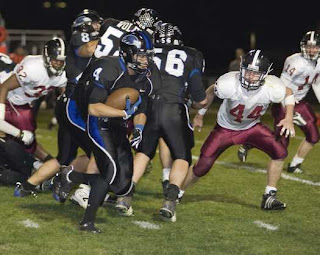